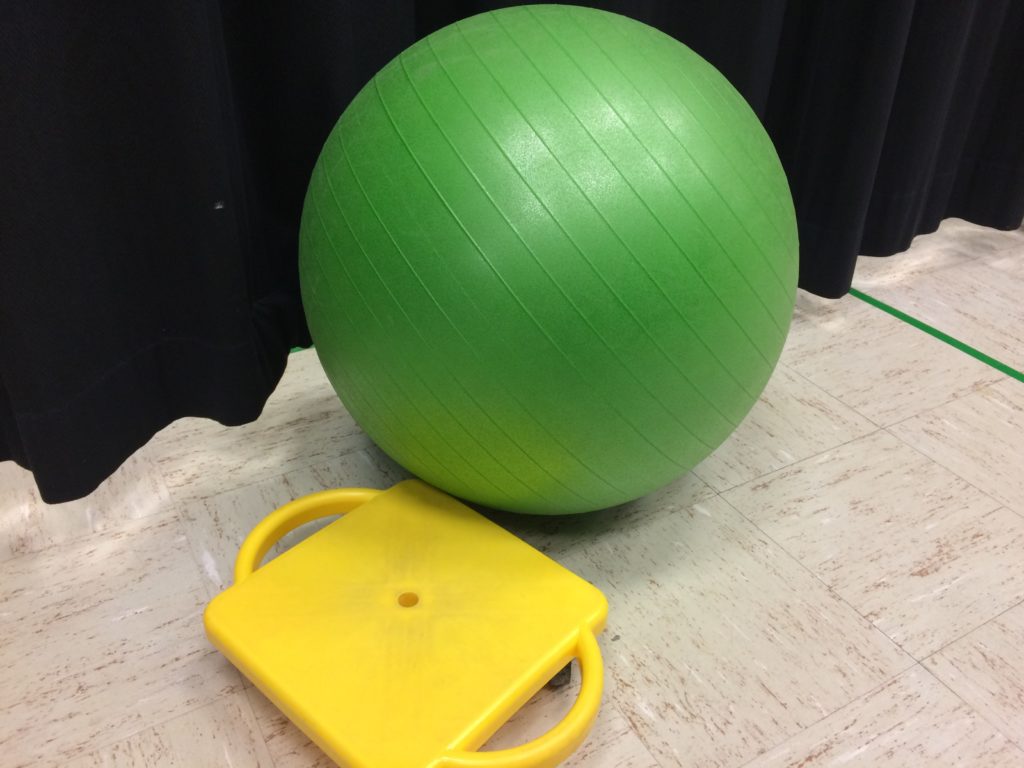 Divide class into 2 equal teams.  Assign each team member a number, stressing that it is important for them to remember their number.  Teams stand against the wall on opposite sides of the gym with scooters turned upside down in front of them.  Each team will have an equal number of scooters.  (For my classes of about 28, I used 8 scooters total, 4 per team).  The teacher randomly calls out 4 numbers (match number of scooters) and rolls the yoga ball out into the middle.  The students who are assigned those numbers, run out grab a scooter and try to get the yoga ball to hit the wall on the opposite end of the gym.  When the ball hits the wall, that team scores a point, everyone lines back up, scooters are back upside down and 4 new numbers are called.

ball can be kicked, batted, hit, etc. but not caught and thrown

players must remain on their scooters to be legal

I played this game with 3rd thru 6th grades.  They had a blast playing!  It was fast-paced and easy with almost no set-up.  It does take some careful explanations the first time through.  With 8 players on the floor at a time everyone was actively involved and the rounds went fast so no one was waiting long.  My kids came back begging to play it again the next week (especially 6th grade).